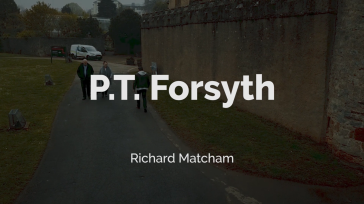 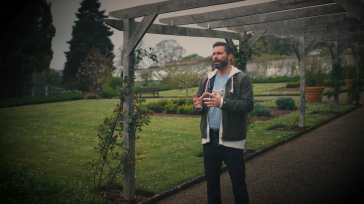 Peter Taylor Forsyth was born in Aberdeen, Scotland on this day in 1848 to a working-class family, and was educated there through his university years.  Afterwards, he became a Congregationalist minister serving in five successive congregations in England at Shipley, London, Manchester, Leicester and Cambridge.

END_OF_DOCUMENT_TOKEN_TO_BE_REPLACED 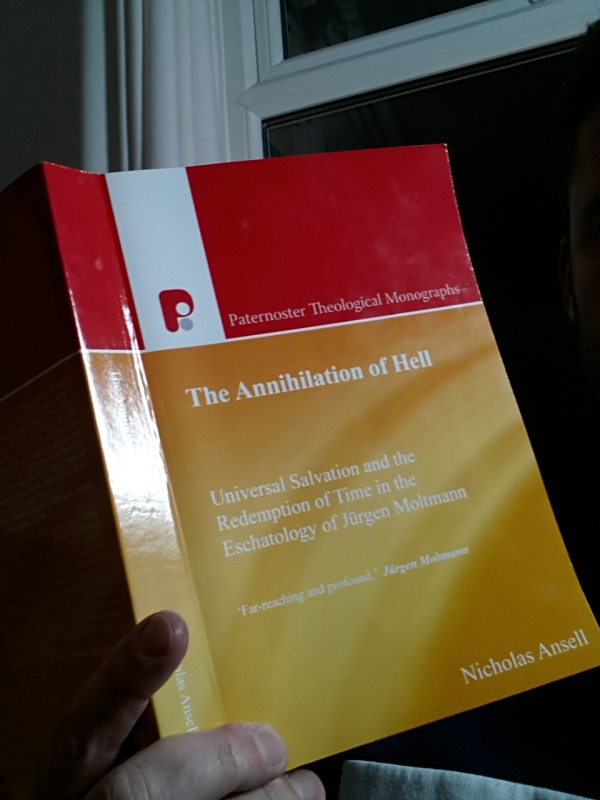 Jurgen Moltmann in his foreward of Nicholas Ansell’s The Annihilation of Hell – Universal Salvation and the Redemption of Time in the Eschatology of Jurgen Moltmann: 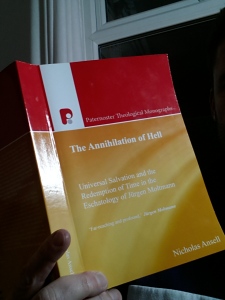 “A foreward is not an afterward and also not a critical review.  A foreward should open the door and point out the worth of a book so that it can be properly read and discussed.  Nicholas Ansell’s book on The Annihilation of Hell and Universal Salvation is so far-reaching and profound a theological and philosophical work that a brief foreward can’t really do it justice.  I’ll limit myself here to some biographical references, a few factual observations, and then an attempt to bring the theology of grace and the theology of faith into a theological dialogue.

Any theology of grace will be oriented for God’s sake to the universal triumph of grace.  Any theology of faith, however, will start from the human decision of faith and will result in the separation of believers from unbelievers.  The universalism of salvation, on the one hand, and the particularism of faith on the other hand, are on two different levels.  What is important is to closely connect them.

Since my theology studies in Gottingen, where I wrote my dissertation in 1952 on the “hypothetical universalism” of the Calvinist theologian Moyse Amyraut, who taught at the theological Academy of Saumer in the 17th century, the idea of universalism has not let go of me.  Amyraut’s idea, that the universal offer of grace is merely hypothetical until faith grasps it, I considered inadequate.  Then I read Karl Barth’s new doctrine of election which appeared in his Church Dogmatics 2/2 and became convinced by his theology of the cross:  On the cross of Christ, God took the guilt of sinners upon himself in order to give them his gift of grace.  I continued to think through this dialectical universalism of salvation and found in Christ’s resurrection from the dead the beginning of the destruction of death and thereby “the annihilation of Hell.”  Many Easter hymns in the German Lutheran hymnal celebrate the “destruction of Hell” by means of Christ’s descent into Hell and resurrection from Hell.  In the Orthodox Easter liturgy, the destruction of Hell through Christ is also celebrated.  Those who descend into Hell should “abandon all hope” according to Dante.  But the Christ who descended into Hell is the “hope of the hopeless” (spes desperatis).

I then took up an old desire of Karl Barth and Helmut Gollwitzer, namely to reform the doctrine of the LAst Judgment from the perspective of the crucified one who will come to judge the living and the dead.  Here I had the Old Testament notion of “divine judging” for help.  According to Psalm 96, God will come to judge the earth, and the earth will rejoice and the fields will make merry.  In this instance, “judge” means raise up, set straight, heal, and bring to life.  How could it be otherwise in the Christian anticipation of God’s Final Judgment and coming kingdom!  In fact the so-called “Final Judgment” is penultimate; what is truly final is the new, eternal creation in which God becomes “all in all” (1 Cor 15:28).

At this point another thought came to me:  with the forgiveness of sins and the overcoming of death, God is concerned primarily with the expulsion of the godless powers of evil, of sin, of death, and of Hell from his beloved creation.  Isn’t our question as to whether all or only a few will be saved not an anthropocentric and in many cases even a selfish one?  For God, it is about God’s glorification of all his creatures.  The salvation of the new humanity is only a part of this.  If we look to the glory of God, then the universalism and particularism of human salvation are relativised.  The “annihilation of Hell” is an action of the cosmic Christ, whose reign is universal.  “Universal salvation” is only the human part of the “salvation of the universe.”

I must stop here, since I’m only writing a forward.  But you can see how stimulating this study by Nicholas Ansell has been for me.  I hope the same holds true for his other readers.  There is much to be gained by considering this work and then thinking further on one’s own.”