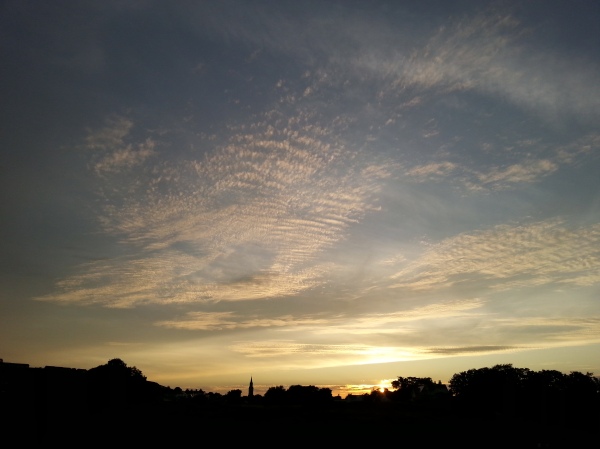 Ballad to the Fisher King by Eugene Peterson (in Holy Luck, p.74-5):

Pete and Andy and Jack and Jim, sailed in sturdy ships.

They were fishermen who plowed the sea, while curses flowed from their lips.

The world for them was stuff to grab, the sea a chest to plunder;

Creation was a vacant lot and not a place for wonder.

They caulked their ships with sticky pitch, were quick at mending sail.

They swore and sang old chantey tunes, and drank from a common grail.

But the fight though hard was joyful and free; and they sang good songs of blessing.

They helped and healed and loved and prayed, and seldom missed the fishing.

And a fish is a sign you can scratch on the sand, and a meal to feed the poor. 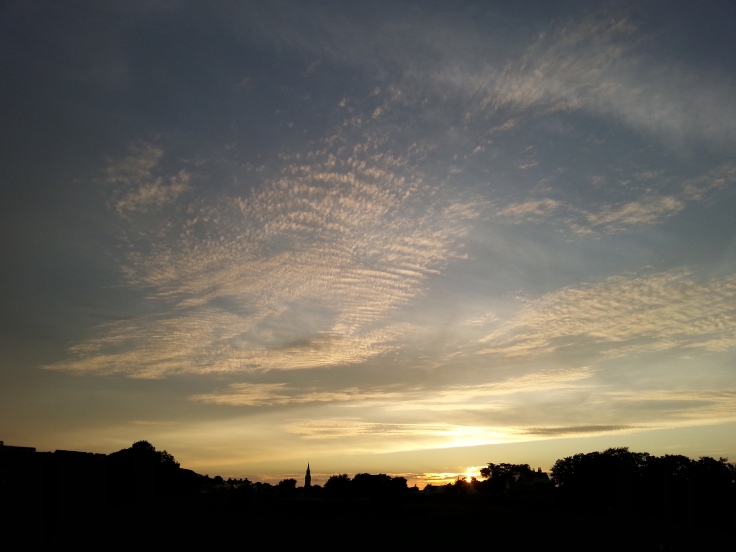 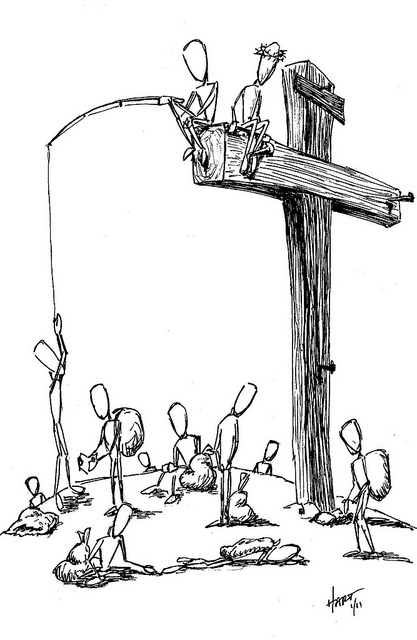 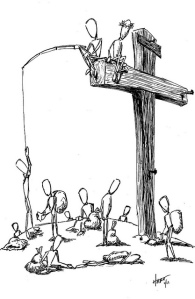 “When Jesus described [what it means to follow him], often his invitation to it sounded more like a warning than a sales pitch.  He spoke of ‘counting the cost’ of selling all and ‘taking up the cross’ to follow him” says Dr Paul Brand.

Wes Brown’s song “Fisher of Men” captures this and more quite exquisitely, highlighting all the tensions within the Christian life, the joys and sorrows, the drama and truth, the blessings and sufferings.  The song is one of my favourites and will be played at my funeral (whenever that is)!  Below are the words:  Enjoy!

It’s running, and walking, and fighting, and turning the other cheek;

It’s giving, receiving, it’s hoping, being bold and being meek;

To be conformed into the image of the One, who lay down His life, so that you and I might live.

It’s living, and dying, and rising, reward and sacrifice;

It’s sharing, the blessings, the righteousness of Christ;

It’s winning and losing and trying…

It’s living and dying and rising….