A while back, years and years in fact, my brother wrote a piece that revealed the sharpness of his hermeneutical sword.
*
He used to blog at Swivel Chair Theology; I wish he still did (sad face).  You can DuckDuckGo his blog if you want (I Googled alternative search engines – a little victory I suppose), or click here if you’re not feeling adventurous!
*
Anyway, here’s a tasty morsel of paradoxical Christianity:
*

Mark 14:3-10
3 While he was in Bethany, reclining at the table in the home of Simon the Leper, a woman came with an alabaster jar of very expensive perfume, made of pure nard. She broke the jar and poured the perfume on his head.
4 Some of those present were saying indignantly to one another, “Why this waste of perfume? 5 It could have been sold for more than a year’s wages and the money given to the poor.” And they rebuked her harshly.
6 “Leave her alone,” said Jesus. “Why are you bothering her? She has done a beautiful thing to me. 7 The poor you will always have with you, and you can help them any time you want. But you will not always have me. 8 She did what she could. She poured perfume on my body beforehand to prepare for my burial. 9 Truly I tell you, wherever the gospel is preached throughout the world, what she has done will also be told, in memory of her.”
10 Then Judas Iscariot, one of the Twelve, went to the chief priests to betray Jesus to them.11 They were delighted to hear this and promised to give him the money.

*
This story has intrigued me since I first read it years ago.  A couple of things:
*
Firstly, her action with the nard was outrageously extravagant to the point of being offensive.  A tiny amount would have produced a very nice effect at more than half the cost.
*
Secondly, Jesus seems to become suddenly blase about the poor.  His words are suggestive of an ideological stance that willy-nilly accepts the socio-political and economic constructs that support mass poverty.
*
Thirdly, why should this story, above all stories, be one that is remembered in connection with the spread of the gospel?  That is, there is very little to be found in the story of forgiveness, or of helping one’s neighbour, or speaking in tongues, etc.
*
Fourthly, the comments of those present (whom John informs us were led by Judas Iscariot) actually make good common sense.  Jesus didn’t need a years wages worth of perfume poured on his head, and the money raised could have helped a lot of people.
*
I think that the reason why this story is so closely associated by Jesus with the spread of the gospel is that it exposes us very strikingly to the way in which the gospel is offensive to both common sense and conventional morality.
*
Mary’s act of generosity flies in the face of even the most generous human action through being so excessively wasteful; it’s the gift that gives over and above any conception of need.  As perfume it is wholly a non-essential luxury product, and as a consumer product it is worth a fortune.
*
Lavishing such a non-essential, expensive good even on Jesus exposes the cramped meanness at the heart of much that passes for generosity in human terms.  I’m not just referring to a few quid in the collection plate, or tithing, or whatever.  Mary’s act must have come from the Holy Spirit himself, poured out in her heart.  It was a supernatural, superabundant act of which she would have been incapable, no matter how much she loved Jesus from her natural self.
*
That is precisely why it is a GOSPEL act; it does not represent how much she loved him, or how generous she was, etc; but rather it represents Mary being caught up in the love of the Father for the Son through the Holy Spirit.  The gospel is the invitation to become a participant in this extravagant movement of love.  A little sprinkling of oil would never do.  Not least, more evidence that Mary was acting under the Holy Spirit’s guidance is that her action was likewise prophetic of Christ’s impending death and burial.  That her action should be prophetic of the cross, Christocentric, and offensive to good manners/sense to boot means that what she did was done from within the very heartbeat of the gospel.
*
Incidentally, while the last verse makes Judas specifically look bad, it also casts judgement on the kind of human-inspired generosity that purely human love and understanding veer towards.
*
This is a guest post by Dr David Matcham
over at the rather dusty swivelchairtheology blog
10/04/2018 0 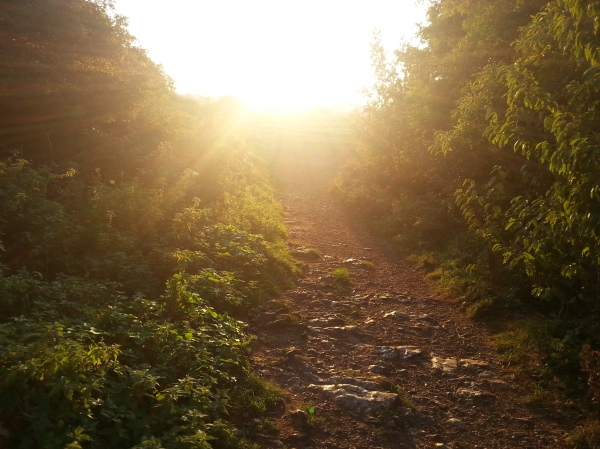 What follows will not make immediate sense, or even later sense.  But I’ve discovered that comment threads by my brother David on the Guardian newspaper website (no less), are a work of art.  They are (or have become) a bunch of genuine aphorisms that will betray a sense of the sublime in the ordinary.  It’s not easy to say this, since he is my brother after all, but they have made me laugh out loud, despite their often serious points, and they deserve a wider audience…..

While cooking is a pleasure, and eating it even more so, Ellen is right to highlight the kind of narrowing of horizons that poverty engenders. Clearly many middle-class people work as hard, if not harder, than poor people, but the point is that having access to cash or credit greatly expands the range of options and a sense that life has a purpose for yourself and your family. Being poor strips away many of the motivations for living healthily because, well, what’s the point in trying. It’s not an excuse, but it might go some way to explaining why poor people eat worse more generally.

It’s weird how the most violent people and the most anti-violent people share the common characteristic of having no sense of humour.  The world would be a better place if we just felt freer to take the piss out of each other more of the time.

What you’re saying only makes sense if you thought that religious belief was automatically opposed to evolutionary science, which I don’t think it is. As with Genesis, its the meanings to which it has been put (racism for one) that is important. It’s all about interpretation.

Nietzsche would be disgusted.

And yet, by the same logic, christian bakers are obliged to bake cakes celebrating gay marriage because to not do so is discrimination. It seems oddly inconsistent…

What I love about philosophy is the way it unsettles our commonsense view of reality. Everything, even the most mundane, is up for grabs. If only I could find a way to teach it in schools, colleges or universities! I’d do it for peanuts if I could.

Not being funny, but I’d hazard the guess that you haven’t read much theology, have you?

Hard to know what to think about this, its either an interesting way of revealing unconscious bias towards belief, or completely fatuous. Either way, I wouldn’t say it, not because I have a superstitious belief in the power of words, but because I don’t think it’s a relevant way to pray (mainly because I believe that God is love).

Maybe, but it is possible that you have misjudged the situation somewhat. I’m not convinced that having low expectations/aspiration is automatically connected to a sense of entitlement by virtue of being male and white (that is a bit of a leap, and not one which I feel is justified). Not seeing the relevancy of striving in school could more easily be explained by a sense that striving academically is a potential cul-de-sac career wise. Speaking for myself, it never entered my head to strive for anything beyond factory/shop work because I didn’t know anyone in my social circle who did anything different. My experience may not be exemplary in this, but I think that the idea that white boys have low expectations because they feel entitled (for what and by whom?) simply because of their ethnicity and gender is a bit bizarre and insulting.

Possibly the issue is not so much that you commented on white males being inherently privileged, but that you suggested that young, working class white boys had imbibed this privilege and had a sense of the entitlement which reality failed to deliver on.

In my own experience as someone who grew up working-class, it is the sense of entitlement that I encounter in the middle-class (male and female) which strikes me as the greatest difference between us and them.

To be honest, I see your point, it is repellent, but it accurately describes the reality.

Personally, I prefer the Hegelian distinction between true and spurious infinity (the former being a dialectical relation, the latter a mere endless progression onwards and upwards). Hegel’s true infinity is quite similar to the Kantian infinitude of aesthetic judgement.

One thing I love about Kant is that he was intelligent enough to recognise that the most important questions can be convincingly argued as either yes or no.

I’m a christian, and I have no idea what you’re on about.  I also choose not to wear a poppy because it clashes with my red eyes. Freaks people out.

Well, I enjoyed the article at least. Star Wars may not be Macbeth – and Lucas is no Shakespeare – but as a massively popular story, its interesting to analyse it this way.

I strongly doubt that robots will ever replace humans in any significant way.