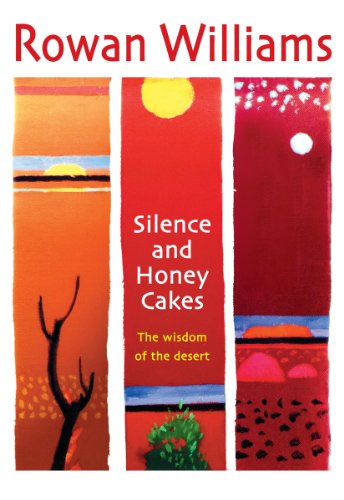 “…what is an honest spiritual life?  Perhaps we should say that it is one in which the taste for truth (rather than sincerity) has become inescapable.  We don’t know what we shall be, what face God will show to us in the mirror he holds up for us on the last day, but we can continue to question our own (and other people’s) strange preference for the heavy burden of self-justification, or self-creation, and weep for our reluctance to become persons and to be transfigured by the personal communion opened for us by Jesus.” 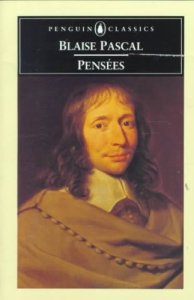 “When I consider the span of my life absorbed into the eternity which comes before and after – as the remembrance of a guest that tarrieth but a day – the small space I occupy and which I see swallowed up in the infinite immensity of spaces of which I know nothing and which knows nothing of me, I take fright and am amazed to see myself here rather than there; there is no reason for me to be here rather than there, now rather than then.  Who put me here?  By whose command and act were this time and place allotted to me?”

I recently discovered the writing of Anne Lamott, and just loved what she says both in this excellent, honest and funny  TED Talk ‘12 truths I learned from life and writing,’ and in this comment below, which is about writing in particular, but what she says about the curse of perfectionism in general, is spot on: 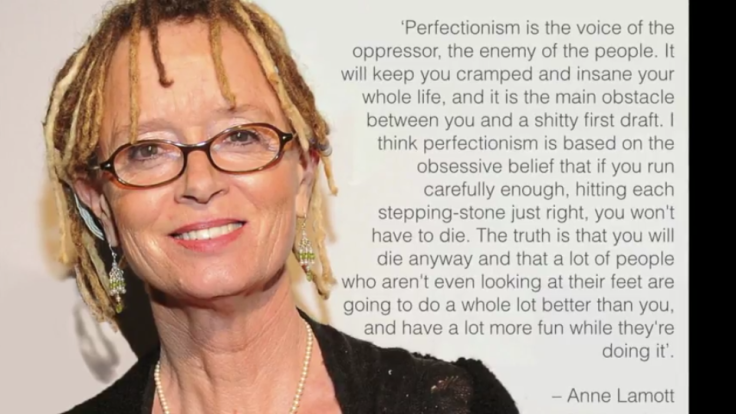 Many of the 1960’s civil rights workers Robert Coles consulted in his psychiatric research came from middle-class families.  Their parents nagged the kids about getting a real job and making something of themselves.  One of them responded to his mother’s concerned prayers over him: ‘I wonder what Jesus said, listening to her prayers!  I felt like writing her back and asking her if Jesus ever held “a regular job” – or ever “found himself”.  Jesus, the migrant preacher, who became so unpopular and disturbing to everyone big and important that He got crucified.

Working with the poor and oppressed, Coles marvelled over how much their lives resembled the lives of the prophets and Jesus himself.  Perhaps that was why they found solace in religion, and why the sophisticated reviews of society so studiously ignored what they had to say about it.  Middle-class churches tend to be sweet, soothing and inoffensive, their worship services predictable and controlled.  Coles himself, a product of the privileged minority began to wonder about his own resistance to the power of a radical gospel.  He could not avoid the discrepancy between the Bible’s teaching on justice and fairness and the lives privileged people tend to live, marked by greed, competition and status.  What was the gospel’s message to the well off?    What was its message to him?  As Coles explored the mind of the privileged ones, he realised he was exploring his own mind.  To his shame, he found within himself many of the same troubling tendencies.

Comfortable people, he noticed, were apt to have a stunted sense of compassion, more likely to love humanity in general but less likely to love one person in particular.  Did he show compassion?  As a Harvard undergraduate, he recalled with a pang, he had treated the dormitory maid as a lowly servant even while earning As in his ethics course.  What about arrogance?  A physician, he fought the temptation every day; he was, after all, the expert, the healer who had come to help the disadvantaged.  Pride?  He was generous, to be sure, but he had the luxury to be generous.  He had never been in a situation of absolute dependence, the daily state of many poor people. END_OF_DOCUMENT_TOKEN_TO_BE_REPLACED

Christ is certainly no less concerned than Nietzsche that the personality should receive the fullest development of which it is capable, and be more and more of a power.  The difference between them lies in the moral method by which the personality is put into possession of itself and its resources – in the one case by asserting itself, in the other by losing it. . . . . We complete our personality only as we fall into place and service in the vital movement of the society in which we live.

Isolation means arrested development.  The aggressive egoist is working his own moral destruction by stunting and shrinking his true personality.  Social life, duty, and sympathy are the only conditions under which a true personality can be shaped.  And if it be asked how a society so crude, imperfect, unmoral, and even immoral as that in which we live is to mould a personality truly moral, it is here that Christ comes to the rescue with the gift to faith both of an active Spirit and of a society complete in Himself.