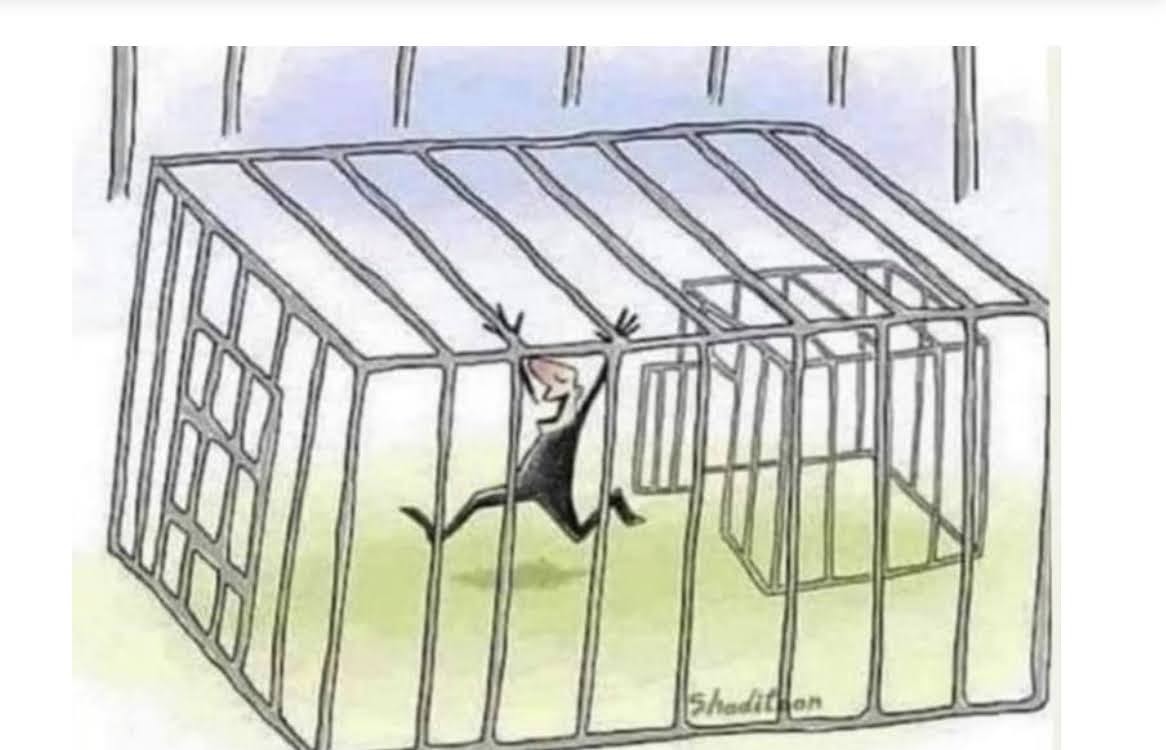 The battle for inner courage and then for action was on display in the life of Moses. Given his instructions from I AM at the Burning Bush in Exodus 3, he set out to return to the Egyptian royal court and make his one simple, four word request: “Let my people go!”

This is the tension of human history between those who love, crave and have power over other people, and the masses who simply long to be free and live free without interference. This spirit of Pharoah the tyrant is rising again like a foul smell or a painful memory we all thought had gone away. But oh no, he is arbitrarily doubling down as Pharoah increased the work load and reduced the means by which to make it harder: More bricks, less straw. Or, work harder for less; face the lash of the whip more often; increase the sense of hopelessness and defeat and you’ve shown what a big man you are. This time last year they said we would be free. And we are still not free. Next Easter for freedom, or next year in Jerusalem, as faithful Jews pray. The worst part of three weeks to flatten the curve is always the first TWO years!

Moses exemplifies the human spirit for courage and freedom, and Pharoah typifies the human heart, bent as it can so easily be, towards evil and catastrophe. We are never too many steps away from benevolence to malevolence; even democracy is a miracle of history that is being flushed down the toilet in many countries. Bans here, cancellations there, authoritarian pronouncements spoken in passive aggressive ways, arbitrary rules now, condradictions then. It’s a time of dictionary re-definitions of various words and terms in order to fit the narrative and keep the anthropos ex machina going. Even WHO changed the definition of a pandemic to suit the ‘alternative facts’.

As many of the ancient enslaved Israelites had no option and no voice and no power, so today. And yet suicides go through the roof, child deaths, domestic abuse, cancer non-treatments, GP surgeries acting as though pleased they can only see and diagnose via a screen or phone call. Many millions of elderly unable to see relatives because of a strict adherence to unscientific, arbitrary and shifting models and rules, weird variants and alarmist projects, that most who contact it won’t even know they’ve got it, so mild that it is (the survival rate is still 99.97%)!

Yes. This is what ‘Make more bricks’ looks like in the world of the sophisticated democratic nations today. The spirit of Pharoah hovers and broods over the earth, like a parody of God at creation. Instead of order out of chaos, we find chaos replacing the order: hypocrisy of double-standards; mocking; scapegoating, mistrust and blaming. Terms like covid denier, covidiot, anti-vaxxer – are regularly snarled out like it’s a simple binary option; it’s becoming a pre-historical tribal allegience that betrays debate, nuance, complexity, freedom, choice, and a refusal to be pushed around or bullied. We are all in danger of becoming mini-Phaoroah tyrants if we refuse to see what’s happening, or take responsibility for our own participation in this sorry state of affairs.

When the USA’s chief medical officer Fauchi declares that “to criticise me is to criticise science” or that New Zealand’s female PM tells people that the only truth they can trust is government truth, it becomes obvious that whatever is going on – whatever it is – is hiding in plain sight. Scientism has replaced science, and truth is relativised and repackaged to look right, but is in fact, as Rod Dreher points out in Live Not By Lies, an encroaching soft totalitarianism. With journalistic integrity shattered and the medical industrial complex at warp speed and governments in lockstep (or goosestep) trying to out do each other in “tough” responses that were redefined in 2020 and have never worked. Their image-projected toughness betrays the cowardice of the tyrant in the palace just as much as the bully in the playground. At the ecclesial level, the Archbishop of Canterbury should be ashamed of his utter spinelessness in not just Wokism, but also his own pronouncements being indistinguishable from a government spokesperson. Doug Wilson, a pastor-theologian, has written a brilliant piece here charting some of this territory, and another great theologian writing at First Things explains his views here. These and many more are not “idiots” or “deniars” which is why this very slur alerts me to the fact that there really is more to this than meets the eye!

Human beings were not made to make mud bricks without straw, because we were and are never meant to be enslaved. And human beings are not made to be the pin cushion of the nation states’ relentless and unethical coercion, bribery and guilting of their populations. What Pharoah did was evil and what we are seeing today, albeit more complex, is an evil that so many people are willing and bringing on themselves by not seeing. To think that the nation state is always benevolent is an utter betrayal of history and those that have suffered and died at the hands of tyrants. Good and evil runs through every human heart, as Solzhenitsyn famously said and we, in an instant, can change from one mode of being to the other. We are at the thin end of a very dangerous wedge.

Get the vaccines by all means, I’m not even arguing against that, but when the Nuremberg Code is so blatently broken in order to get these particular products that have yet to complete their safety trials into people: see Nudge Theory, Fear-led advertising campaigns that are engineered to bring about compliance through fear for the ultimate goal of “safety”, and relentless catastrophising in the main stream media (the BBC should be ashamed of their complicity in this regard), then I think: “Earth, we have a pharmaceutical problem.” And the problem is not the vaccine per se, it’s the agendas behind and beyond it that are revealing to us what a slippery slope of sin we are on. For example, consider the slogan ‘Build Back Better’ – this is a strategic phrase that betrays a much wider, systemic, organised agenda. If correct, it is a demonic meta-narrative, a modern day Tower of Babel.

It might even take the intervention of God, as that was the only way that Pharoah relented. But to get to that point of deliverance and exodus, it is going to take a lot of courage, faith in Christ as Lord of the earth, and eyes that see. As Jesus was being crucified, he prayed, “Father, forgive them, they know not what they do!” Some do know but I think most don’t. Either way…