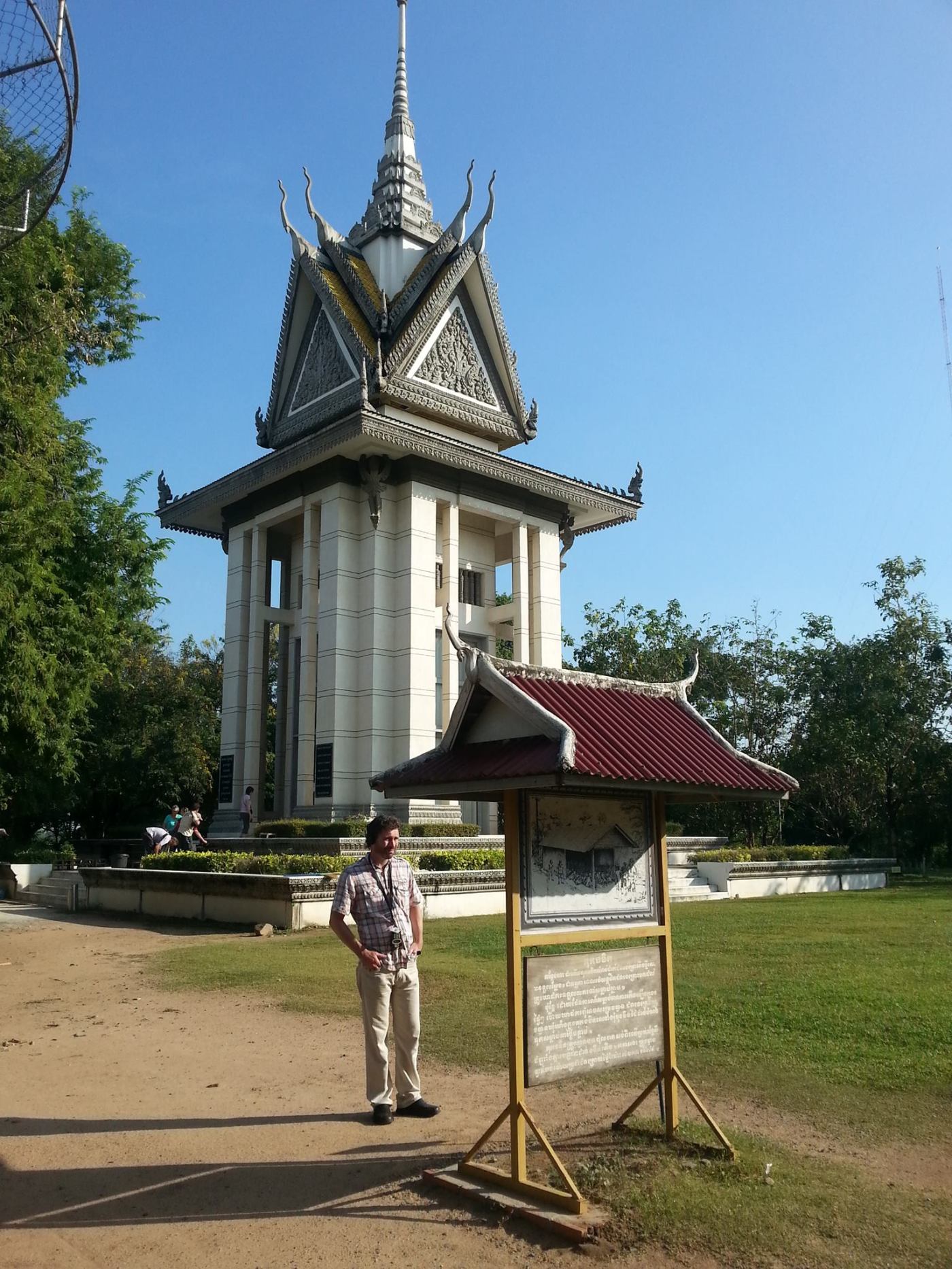 Today, we will go to Cambodia:

Possibly my earliest childhood memory of TV news, was seeing the unfolding genocide in Cambodia under the Pol Pot regime between 1975-1979.  From that moment on, a strange desire stayed with me that one day I would visit this beautiful land.

During the years I was a missionary with international mission agency Youth With A Mission, I met hundreds of people from all over the world; and some mission workers from Cambodia – this reignited my imagination again.

In 2015, 5 years after I became a pastor at Barton Baptist Church in Torquay, ten of us from the church went as a team, on a mission trip to Cambodia, where we partnered with a larger team from an Australian church.

Here we plugged in to the local Cambodian church and parachurch agencies.  All in their own unique ways, contributing to the life and wellbeing of a previously traumatised nation.  We met agencies working with trafficked women and children; schools that educated the very poorest in society; churches full of young people with exceptional energy, passion and a zest for life.

But still, nothing could prepare you for the Killing Fields, the mass graves, the monuments set to ensure a sombre remembrance, and the notorious prison (a former school) Tuol Sleng, codenamed S-21 where unimaginable atrocities took place.

Pol Pot was from a wealthy background with Royal connections and educated in Paris.  Yet his regime sought to destroy all who were educated, and bring back an agricultural, peasant-class economy.

Pol Pot was finally aligned with a Marxist-Lenninist ideology, to the extent that within this logical framework, he followed through on his misguided utopian delusions.

In the end, his delusions failed, but not without massive human cost.

When I went there with a team from my church, we witnessed a very young country.  The vast majority under 40 years old, all living with the recent memory that 1.5-2 million of their own people were brutally murdered.

But instead we witnessed a rising church; a resurrection of Christian faith and practice.  A zeal for life and love; and a truly heavenly desire to forgive and reconcile, because of the recognition that all human life, at its core, is sacred.

The Bible says, “God opposes the proud, and gives grace to the humble!”

And here I witnessed a grace among some of the most humble people I have ever met.

God bless you Cambodia:  With St Paul the Church can say, “I am not ashamed of the Gospel, for it is the power of God for salvation to everyone who believes.”