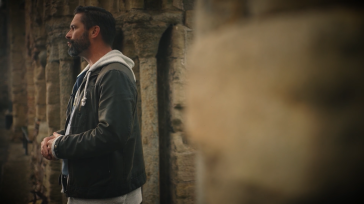 Isaac, the miracle son of Abraham and Sarah was named after the seeming joke, that God would provide them a son in their exceedingly old age!

So the OAP’s laughed.  But when Isaac was born, he became the living embodiment of this great divine joke-promise.

I’ve not really got on that well with Isaac.

Between you and me, I’ve always found him a bit boring.

And this might tell us something else of his character.

One day whilst he was meditating out in the field, he meets Rebekah.

And when she realises it is Isaac, she veils herself, and they meet for the first time.

To Isaac’s credit, the text says, “…she became his wife, and he loved her.”

Although, like his father, he once pretended she was his sister!

It could quite easily be turned into a soap-opera!

Isaac is most famous for being the unwitting player in the challenge God gave his father Abraham.

God was obviously (to us) teaching Abraham about what it means to trust God; to obey God; to walk with God in faith:  faith in YHWH.

As the fire-wood was arranged, with Isaac bound on top; Abraham lifted the knife.

And at the last second, the angel of the LORD called a halt to proceedings.

And in God’s provision, a ram nearby caught up in a thicket, was sacrificed instead.

I don’t know what this must have done in the psyche of Isaac from that day on.

But it surely remained as a major event in his life.

It isn’t mentioned directly in the Bible again!

Hebrews 11 names Isaac as a man of faith for “invoking future blessing on Jacob and Esau.”

This blessing has strange origins and came about by deception!

But as for Isaac, he was surely acting in good faith.

Isaac and Rebekah were the parents of twins, Esau and Jacob.

“You have two nations in your womb; one shall be stronger than the other; the older shall serve the younger.”

As the twins grew, hairy Esau was an outdoors man and was loved by Isaac.

Jacob was loved by his mother, Rebekah.

This sowed the seeds of tension and rivalry between husband and wife, and brother to brother.

So when Isaac was very old with failing eyesight, he wanted to bless Easu.

So he sent Esau hunting, to cook his favourite meal, to seal the deal.

Whilst Esau was out, Rebekah overheard and told Jacob;

And so they schemed together that Jacob might be blessed instead.

Since Easu was a hairy, rugged man and Jacob was not;

Jacob had to cover himself in animal skins to trick his father he really was Easu.

Isaac was a little suspicious that Esau was back so soon, but failing eyesight and poor hearing, with a good sense of smell meant he believed Jacob to be Easu.

As soon as the blessing is given and Jacob leaves, Easu returns.

He returns for what he believes will be a great blessing from his mighty father.

After hearing that Isaac had been tricked into blessing Jacob.

He begs to be blessed in the same way, fearing the worst, he laments wildly.

In any case, Jacob is promised blessings, and power and plenty.

But with Easu, the clouds darken.  He is promised scarcity, hardship and warfare.

No wonder the two brothers become bitter enemies, before a wonderful reconciliation in Genesis 33.

So what about Isaac being a man of faith because of the blessing trickery?

It seems that despite Isaac favouring Easu and being willing to bless him;

There were signs all along of tension.

God had chosen Jacob to be the father of the 12 tribes of Israel.

Maybe Isaac lived in the shadow of his near sacrifice years before.

Maybe Isaac, as the oldest son, who was spared, would spare his eldest son.

Maybe, it shows the loyalty of Isaac to sacred customs in favour of the eldest!

But in the end, God is the architect of this story.

God will ensure his purposes unfold, despite human attempts otherwise.

He would have his hip put out of joint, and be given a new name – Israel:

Which means he struggles with God.

Even in being the chosen one through whom God brings salvation, there is struggle and pain.

Isaac would live just long enough to know all this.

I wonder what he thought about it all.

Just as he was named Laughter by a his old parents at the beginning of his life.

I wonder if he laughed to himself at these strange events at the end.

And I suspect that, despite all the twists and turns, God laughed too. 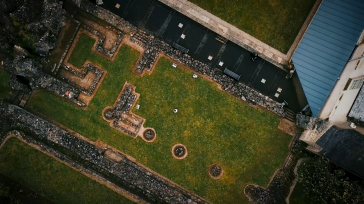 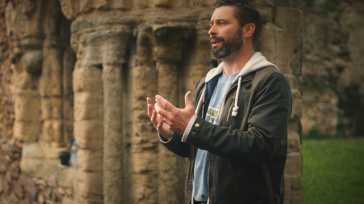