I am conducting a self-experiment.  I am going to “boldly go” where a small but increasing number of people are going:  to take a break from a “thing” that makes this life both connected and detached; I’m attempting to outsmart my smartphone.

One of my favourite singers, Paulo Nutini, in his great song Coming Up Easy has these words which, although he is talking about the love of his lady (or drugs, according to some), they nevertheless capture my dilemma with the smartphone phenomenon:

“I’m afraid it looks like we’re
Gonna have to go our separate ways.
You see the thing is I love you, I love you
But you see I resent you all the time.”

The thing is, I love my phone.  I love taking pictures on it, listening to podcasts, audio books, sermons, googling things, writing notes in a great note taking app, etc.  But I also resent it, constantly competing for my attention, distracting me.  It is so good and so bad.  It is leisure and office, work and play.  It’s everything and nothing, and I’m going to experiment on myself to see how long cold-turkey takes and what that process feels like.  The effects and intentional design of these devices is to create addictive relationship with it, and that is a reality that should concern us all.  Even Steve Jobs Bill, Gates and other smart-tech executives limit their own kids on their devices (see interview here).  The interview begins, “Psychologists are quickly learning how dangerous smartphones can be for teenage brains.”

Paul Joseph Watson, on his 1.3 million subscribed YouTube channel, takes aim at our smartphone use with his rather hysterical if not funny title:  ZOMBIE SMARTPHONE APOCALYPSE.  He asks the same question with particular reference to our children, “Why do tech elites keep their own kids away from smartphones?”

My thoughts on this have been peculating for quite a while now.  I also listened to the BBC Radio 4 Are Smartphones Harming Our Kids.   I watched the BBC programme Panorama:  Smartphones: The Dark Side.  I read a Guardian article ‘Stress and social media fuel mental health crisis among girls.’ The 2017 article revealed that NHS data revealed a 68% rise in hospital admissions because of self-harm among girls under 17 in the past ten years:

“Girls and young women are experiencing a “gathering crisis” in their mental health linked to conflict with friends, fears about their body image and pressures created by social media, experts have warned.”

I even read somewhere that some cities have installed pedestrian signals on the ground so that people approaching or crossing roads can see as they stare downwards at their phone!  It’s astonishing.

I am particularly interested in the results among the iGen’s who have always known this kind of technology in their hands.  Jean Twenge gave a TED Talk called iGen: The Smartphone Generation,

And in a great 2017 article in The Atlantic, she asks, Have Smartphones Destroyed a Generation?

“The arrival of the smartphone has radically changed every aspect of teenagers’ lives, from the nature of their social interactions to their mental health. These changes have affected young people in every corner of the nation and in every type of household. The trends appear among teens poor and rich; of every ethnic background; in cities, suburbs, and small towns. Where there are cell towers, there are teens living their lives on their smartphone.”

She charts an alarmingly depressing situation that aligns with the Guardian article cited above:

“Psychologically, however, they are more vulnerable than Millennials were: Rates of teen depression and suicide have skyrocketed since 2011. It’s not an exaggeration to describe iGen as being on the brink of the worst mental-health crisis in decades. Much of this deterioration can be traced to their phones.”

“But the twin rise of the smartphone and social media has caused an earthquake of a magnitude we’ve not seen in a very long time, if ever. There is compelling evidence that the devices we’ve placed in young people’s hands are having profound effects on their lives—and making them seriously unhappy.”

Seriously unhappy!  That’s not good.  While I agree with Jordan Peterson that the goal of life is not to seek what makes us happy but rather, what is meaningful, being happy is not to be despised, that’s why I love this song so much:

My friend has recently published his second book called Be Afraid, on the relationship between the horror genre and Christian theology, and he makes precisely this point above about social media.

All this isn’t a middle aged bloke ranting about the youth of today.  I’m talking about me, and what it would mean if I took that leap away from the thing which promises to set me free.  I wonder what that feels like.  It might remind me of my life before smart-tech.  Yet I’m not so addicted as it may seem here.  I do turn the things off; I do limit my time on it.  I do have tech-free days.  But what is it like for someone who doesn’t or can’t.

I mean, this cartoon is funny, but it just shouldn’t be funny:

I laughed, but I don’t want to.  Yet I don’t think there is anything new in me wanting to have a break from all this.  Matt Fradd wrote an article over at The Catholic Gentleman recently explaining why he was giving up the internet for a month (also, check out the two articles linked at the bottom of the page).  In it, he quotes Robert Cardinal Sarah in his book I’m about to start reading which looks excellent, called The Power of Silence – Against the Dictatorship of Noise.  He writes that noise is a,

“…deceptive, addictive, and false tranquilizer.  The tragedy of our world is never better summed up than in the fury of senseless noise that stubbornly hates silence.”

What the article missed was the next sentence of Cardinal Sarah, which tells us why:

“This age detests the things that silence brings us to:  encounter, wonder, and kneeling before God.”

That is so beautiful and true.

But finally, what prompted me to do and say all this now was my reading of the great man Blaise Pascal, writing way back in the 17th century.  In his renowned and unfinished work Pensees, he writes of wretchedness.  Read this and marvel.  Here is a profound observation that is not out of place today, and it staggered me to think how relevant and accurate this is to what I’m trying to say,

“414  Wretchedness.  The only thing that consoles us for our miseries is diversion.  And yet it is the greatest of our miseries.  For it is that above all which prevents us thinking about ourselves and leads us imperceptibly to destruction.  But for that we should be bored, and boredom would drive us to seek some more solid means of escape, but diversion passes our time and brings us imperceptibly to our death.”

This is about our distraction towards ultimate things and our ultimate good.  It speaks to the core of our being and should in fact rock us to our foundations.  We are still learning what all this smartphone stuff is all about, but we are proving to be very reliably slow learners.

Anyway, every avalacnche begins with a snowflake somewhere:  Here I stand, I can do no other – which reminds me of the great Reformation scholar Carl Trueman and what he writes in his book, The Wages of Spin,

“Pleasure and fun are good things; but when they become means of keeping us from facing the truths of our creaturely existence, they are profoundly bad for us… Let us take time… to be bored, to strip away from ourselves the screens we have created to hide the real truths of life and death from our eyes.  Let us spend less time trying to appropriate culture for Christianity and more time deconstructing culture in the light of Christ’s claims on us and the world around us. Only then, I think, will we truly grasp the urgency of the human predicament.” 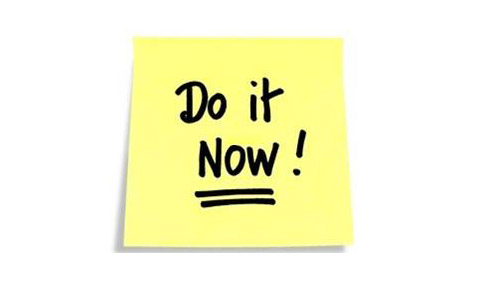