Julian of Norwich has a shorter and a longer text, written 20 years apart.

These texts cover both the cognitive (ideas) and the visual (pictorial), showing she doesn’t just “paint” a picture, she develops its meaning.

She prayed for three graces:

She gets sick aged 30 and genuinely believes that she will die…  When her priest comes in, she sees “the light of the crucifix for all mankind.” 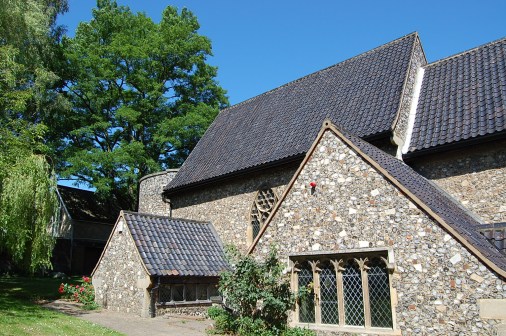 “Through revelation I wanted a truer perception of the sufferings of Christ.”

She prayed for sickness, because it has consequences for the whole of life.  We were asked what we thought about this prayer request. On the one hand it could seem noble and a humble identifier of those who truly are sick.  My view, on the other hand, it seems self-indulgent – like a Royal Prince dressing up like a peasant to get a feel for what it’s like (as if he could)!  Thus, is praying to be sick a twisted sense of privilege?  No one who is actually sick would dream of praying such a prayer, so how dare a healthy person pray such a thing?  I don’t know enough about Julian to know how to continue thinking about this problem praying as I see it.

She is apophatic – bringing to bear what is not, i.e. Negative Theology.  God showed Julian “Three Nothings” (pg.8) – Stephen Cherry teaches that “Nothing” rather than what is, is in fact vital to theology, e.g. drawing on Augustinian teaching that evil is merely the absence of the good.

She does not focus on the grandeur of creation, its power and might, but the small, the little, the hazelnut as an example of God clothing humanity.

Julian speaks of the vulnerability of creation and the futility of much busyness that is in fact the dressing up of human insatiability – it is ideas like these that contemporise Julian’s thinking for the 21st century – these are the very anxieties that we face in ever increasing ways.

Julian urges that we do what is intrinsically worthwhile and not mere endless busyness of insatiable desire, that which we see in much Western Capitalist Consumerism today.

We briefly touched on notions of salvation, the means and the extent of salvation and whether it has any universalist merit.  It was suggested that Julian is not to be regarded as an outright universalist because she sees hell as a “courtesy of God” – in that He doesn’t force His love on people.  Nevertheless, she does insist on the Love of God for all humankind, and this is what she emphasises.

Yet, even if hell is a courtesy, I do not know whether Julian would allow for the finality of hell and hell’s eternal endurance in this eventuality – for can someone resist the irresistible love of God forever?  Maybe this problem is resolved in the Chapter on Julian in “All Shall Be Well – explorations in Universalism” by Gregory Macdonald (Robin Parry). 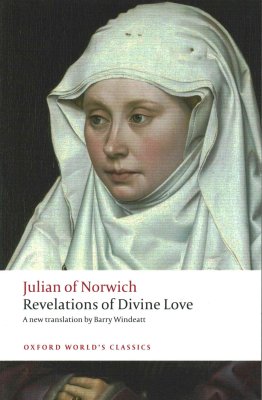 These quickly scribbled notes (which will contain my mistakes) come from my recent retreat at the Mary and Martha Society (Sheldon) in South Devon, led by Rev. Dr. Stephen Cherry.  The book we used was Revelations of Divine Love by Barry Windeatt.

One thought on “Note Taking on Julian of Norwich pt2”