Their on the plate, big, brash, hot and bothered.  Just doing their job.  Some of them mix with the other foods on the plate, but mostly they keep themselves to themselves.  Too many and you get full up too quickly.

Pharisees are like carrots!  Some are chopped and boiled in water!  Some are part boiled, then roasted.  Others are coated in honey and baked.  Mine are a Tom Kerridge recipe:  Cooked in butter, sugar, water and Star Anise.  Some Pharisees are plain and boiled in water, trying to trick Jesus.  Others like Nicodemas are much more interesting, and ask Jesus really interesting things like:  How can a person be born-again?  Now that is a question full of flavour!

The sprouts are either loved or hated.  Like 1st century shepherds in Palestine.  They can tend to be a bit wiffy on their own or if they’ve been “with you” for a while – know what I mean?

The Wise Men from the East

A Christmas dinner doesn’t have to have parsnips.  But if cooked nicely can influence the whole dinner.  The wise men are a strange addition to Jesus’ story, they enter stage right, leave abruptly stage left and that’s it.  Would we miss them if they weren’t there?

The flavor of really good quality stuffing, enhancing all it is eaten with.  Just like the OT promises of God that speak of a coming Saviour that will rescue the people from their sins.  Century after century God spoke, and the people waited century after century.  And when God’s promises are fulfilled, the flavor to the rest of the meal of life is incredible.

The sweetness of the sauce compliments all the food.  Mary was just an ordinary girl who loved God and was waiting for her Saviour to come.  How would she ever guess she would birth the boy around whom angels and shepherds and strange Eastern men and all the other things would happen?  The paradox is there for all to see:  The creature gives birth to the Creator.

If Peter represents the fool, and Judas the betrayer, and Thomas the doubter, Mary Magdalene is often the one we are too full to stomach.  The religious people thought Jesus not religious to be welcoming such an awful sinner as Mary.  Jesus said, we have to stomach this one:  If Jesus welcomes the worst then we are welcome.

The crowds around Jesus

Occasionally we get offered mince pies, just like occasionally Jesus was surrounded by great crowds.  Intrigued by this rule-breaking Messiah.  Sometimes we don’t fancy a mince pie, we can’t be bothered.  Sometimes the crowds couldn’t be bothered when they realized Jesus wasn’t their puppet on a string, their court jester, their messianic clown.  They walked away.  Sometimes the plate of mince pies will come round and we will let it go, just as Jesus let the people go.

All those healed of illness and disease

The Bible describes God’s kingdom like a party, and a party with wine, and that wine is “the very best!”  We live in the old wineskin of this world and in our bodies, and one day we will be in a new world, with new bodies and God’s new wine of the Kingdom.  Jesus’ first coming is like the opening ceremony of the Olympics before the main event.  His Second Coming will begin the main event.

And finally, the best is last…

Jesus – sprinkled liberally everywhere over every bite for all the world to enjoy!

I love my Cambodian pepper.  It is the best I’ve tasted.  When sprinkled over the whole plate, everything is changed.  A sprout is a sprout, but a sprout with pepper is more than a sprout.  A person is a person, and I think people are amazing – God declares the human race in Genesis as “very good”.  But the pepper of Jesus sprinkled onto people made in the image of God is transformative – we are made new, born again, transformed – we are given a taste now of what will be.

And that is the whole point of all this:  You, me, friendship, church, Christmas and eating together.

Now go home and have a great time eating your God-given feast.

The Lord bless you and keep you. 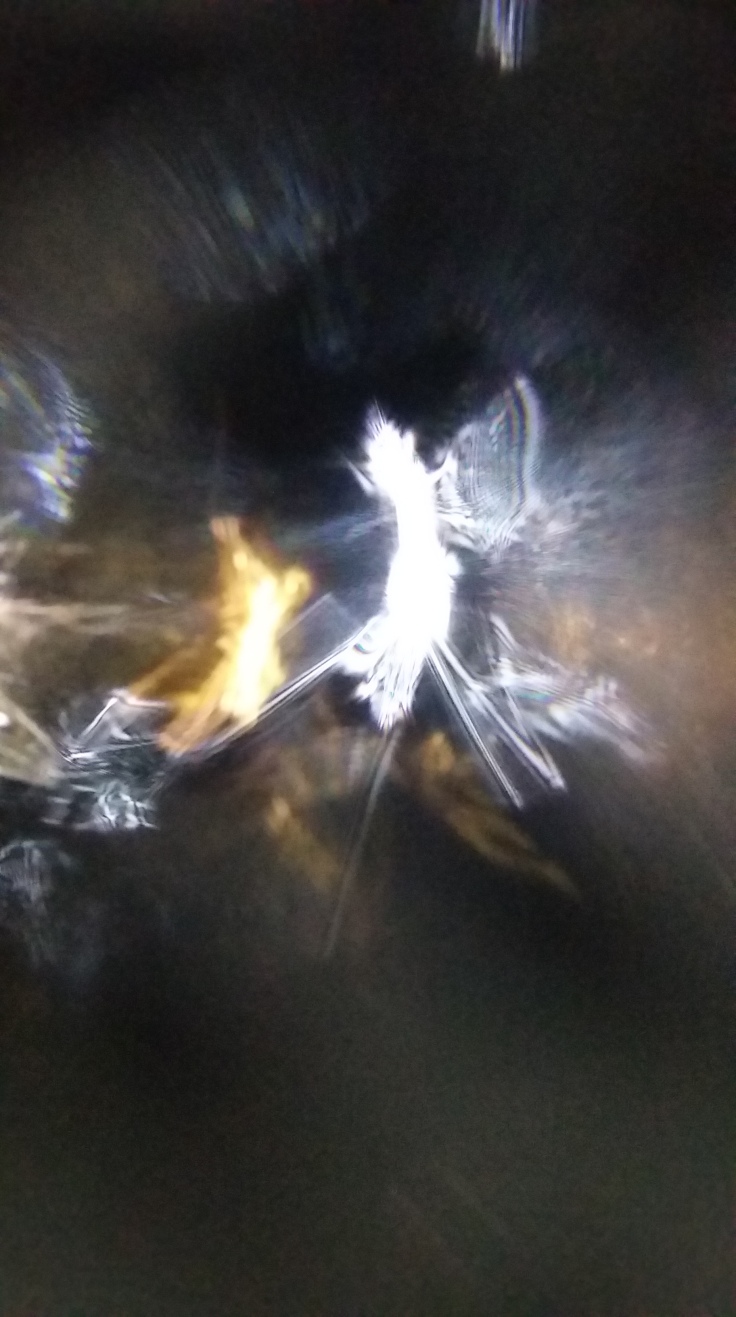