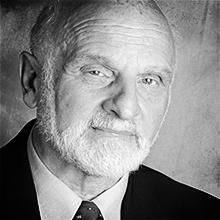 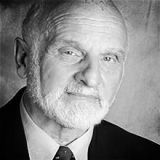 In Breuggemann’s book ‘Reality-Grief-Hope‘ he proves Hauerwas’s words true.  The book explores the crisis that has gripped American culture since the 9-11 attacks.  Although reality, grief and hope are the biblical categories that take communities through disaster (facing reality), to grief (a mourning for lost ideology), to hope – (the nemesis and destroyer of despair), we see how Breuggemann uses the Old Testament Exile of the Covenant people of God to the strange and shattering world of Babylon in c. 587 BC (2 Kings 25; Jeremiah 34 & Deuteronomy 28-29).  This is the lens he uses to write about the current context of the American collective psyche, as they experience the same trauma (personally, I don’t think it is the same type of trauma, since America as a whole wasn’t exiled, and more potently, they are not the covenant people of God, but the categories and the lens work exceptionally well nevertheless).  There is no magic bullet, or Hollywood film or John Wayne hero to rescue the obese unreality that tenderises the collective mind of the Western man or woman.

We needed prophets then, like Jeremiah.  And we need prophets now, like Breuggemann.  And while it is all too easy to decry the “lack of prophets in the church”, the church does have her prophets and always has, but as with Jeremiah and then with Jesus, even a prophet is not heard among his (or her) own people!

Anyway, all that to say what I actually wanted to quote from the book (page 43)!  It is the poetry of the prophet that carries the Word of the Lord.  Here we go:

“Poetry that invites and transforms and shocks and offends may sometimes be the work of the Spirit.  Our predatory society lives by prose that is manageable and thin.  But then, the same was true with those ancient poets.  They were odder than we usually credit them with being.  The prophetic community knows that the managed prose will often fend off the ultimacy of God and the quotidian presence of the neighbour.  Such “fending off” will lead to death!  But life wells up!  It wells up outside the filtering space of our certitude.  It shows itself among the unqualified.  It yields fresh words and images and worlds, refusing our ideological masters.  It is the “yet” that sounds after the triple “though” of death.  Listen to this from Habakkuk 3:17-18:

Though the fig tree does not blossom,

and no fruit is on the vines.

Though the produce of the olive falls,

and the fields yield no food.

Though the flock is cut off from the fold

and there is no herd in the stalls,

yet I will rejoice in the LORD;

I will exult in the God of my salvation.

Ideology does not get the “yet” that is given when the prophets speak!”