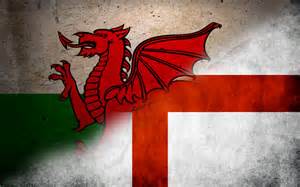 How would you feel if:

Suppose the English did all this and forced it on you by military force, what would you feel then?

The whole idea is ridiculous.

It would be so unjust.

So how do you think the Palestinians feel?

This scenario is suggested by Friends of Sabeel UK, and describes the situation using England/Wales instead of Israel/Palestine.  The feelings expressed here are a natural consequence of colonization and occupation.  This describes a present Palestinian reality, and it can be traced back to the 19th century political ideology and aspiration of European, secular Jews, that found expression in the events of May 15th 1948.

In a ‘meeting of ministers’ just before the British general election, the Foreign Secretary Philip Hammond, answered my question about this intractible problem.  Although he answered very well and showed knoweldge and integrity, he did admit to me that this one issue is the single biggest problem he faces.

This is the Day Israel celebrates as Independence, and the Palestinian Muslims and Christians as ‘Al-Nakba’ or catastrophe.  The whole world needs to turn this event from a catastrophe to a eucatastrophe, and in this regard, the Church, with her Resurrected Lord, must be at the forefront of this, instead of the eschatological horror show that is Christian Zionism.