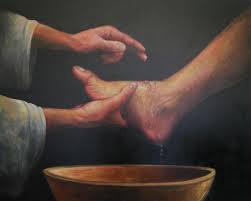 The Christian minister (or “pastor” or “priest” or whatever) is a strange beast.  We are not C.E.O.’s of an organisation.  We are not there to “run a church” as so many within the church seem to think.  The ministry of pastoral care and preaching is also not a category of professionalism that ingeniously provide vision statements and financial reports and relate with each other as though one is an employee of the congregation, who themselves often see their role as employee, or judge, jury and executioner on a ministers vocation.  Call from God and ordination into sacrificial service really does slip the memory of many Christians in churches around the world.

Happily, John Piper understands this distinction of the radical and dangerous secular professionalisation of the Christian minister, outlined superbly in his book, ‘Brothers, we are not professionals‘.  Sadly, the usually excellent Paul Beasley-Murray, in his editorial for a recent ‘Ministry Today UK’ publication did not seem to quite grasp what Piper actually meant, and so lampooned him as one who advocated the non-professional view as a blank cheque for laziness and sloppiness in ministerial practise (I think my respect for Paul deserves a proper response sometime soon, as he did seem to pick up on the word “professional” and just pile up the assumptions)!

My ordination vows made me promise to be faithful.  Faithful in the ministry of the Word and of prayer.  It is out of these that I am a pastor.  The secularisation of the Church sometimes feels a bit like the incomplete Death Star in Star Wars – it is almost complete.  The cultural waves of living in a liberal, secular, consumer society has penetrated the Church to the degree that the Minister is seen, by default, as the one who can do his “job” without recourse to serious and sustained Bible study, theological reading or prolonged times of theological reflection.  In short, he can do his job without the religious shenanigans of ordination, and consequently, prayer and Bible study can likewise be marginalised.  Either the devil is very clever (which I doubt) or the church is very stupid (which I want to doubt)!

Below is an extract from a letter written by the brilliant P. T. Forsyth, to the church in Cheetham Hill, UK, that had just called him to be their pastor.  In it the call from God is supreme, because Christ is Lord.  Forsyth understands only too well the pitfalls and snares mentioned above.  And we need to pay attention to him, not least because he has the most manly moustache I’ve ever seen……

“You have called and I have answered gladly. But it is not your call that has made me a minister. I was a minister before any congregation called me. My election is of God. Paul speaks of ‘a faithful minister of the new covenant’ … The minister of this covenant, therefore, the minister of Christ, has his call, first, in the nature of God and God’s Truth; second, in the nature of man and man’s need. We have on one side the divine Gospel; we have on the other the cry of the human. His call is constituted both by the divine election and the requirements of human nature. Would that some who are sure of their election by God, were as sure of their election by man, and their fitness to adapt God’s truth to human nature. It is not therefore the invitation of any particular congregation that makes a man a minister. It is a call which on the human side proceeds from the needs rather than from the wishes of mankind, from the constitution of human nature as set forth in Christ, rather than from the appointment by any section or group of men. I am here, not to meet all your requisitions, but to serve all your needs in Jesus Christ. You have not conferred on me my office, and I am Christ’s servant more than yours, and yours for His sake. The minister is not the servant of the Church in the sense of any special community or organization. The old Latin theologians used to subscribe themselves V.D.M., Minister of the Word of God,—Minister not of the Church, but of that Christian human nature which our particular views and demands so often belie. A minister may, on occasion, never be so much of a minister as when he resists his congregation and differs from it.” (“The Pulpit and the Age”)