Robert Coles, a Pulitzer Prize winner in 1973, was an intellectual man of standing who passionately loved Jesus.

It was to “the poor” that he dedicated his life and work.  After immersing himself in a world that was not his own, in the messiness of broken and poverty stricken lives, he began to see something quite remarkable.  A life of faith, a reality in Jesus Christ that shocked his intellectual mind into a curious alertness.  Week after week he saw poor people, living lives of actual misery and poverty, changed by what happened within their wild and loud church services.  Was the minister in charge a con artist?  Was this a classic form of social manipulation?  But what he found helped him to be found: Tired people came away renewed, oppression lessened, even hatred lost some power!

Life was simply unfair to so many.  Condemned to a random life of poverty and frustration.  Leisure and learning were not even on the radar.  But when Coles asked them about the source of strength in their lives, they pointed to Jesus.  Religion was no crutch, as many cheaply claim today, but a source of inspiration, even power.  They had found in Jesus and the image of the cross, a ray of hope that convinced them God knew their suffering.

After reflecting on the peculiar circumstances of life that God had chosen to come to earth – as a carpenter who mixed with peasants and fishermen.  Christianity in some ways is, as one person concluded, God coming and seeing for himself!

Another time, a poor migrant worker said to Coles, “We have the mind of Christ in our heads.”  Coles wondered if he was drunk or worse.  Coles was thus forced to reflect on what the mind of Christ lived out meant – in exile and wandering, in pain, in scorn, isolation, loneliness, the ‘mind’ of kenosis, or emptying, actually contained the very truth of what this poor migrant worker actually meant. 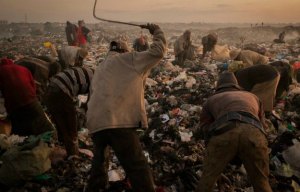 Yet poverty must not be romanticised.  And certainly, religion (i.e. Christianity) must not fall into the trap of being viewed as a consolation to simply keep the poor in check.  Despite all his observations, academic work and public lobbying, he simply could not deny the reality of the life of faith among these very poor people.  Yet, when he did write about the effects of the Christian faith on the poorest of the poor, his readers, academics, critics, cultural theorists, secularists, atheists, capitalists and so on, merely greeted him with polite silence.  Oh they applauded his meticulous research and heartfelt dedication, they even quoted him.  But they repeatedly ignored the one area – Christian faith- that seemed to Coles the most important thing to the poor themselves.

Coles was taught in school, as many millions still are today, that religion is an ‘opiate of the people’, dulling people into unthinking social conformity.  He came to realise, thankfully, that this was a myth perpetrated by irreligious social scientists who themselves had virtually no contact with the poor.  Coles discovered that wherever he went, the vast body of evidence seen in experience was that faith in Jesus sharpened rather than dulled imagination and outrage.  This comes as no surprise to many who have read their Bible’s!  The prophets were the most in-tune people with God, the most outraged….the most alive!