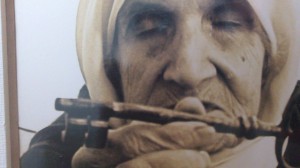 For too long Christians from the West that have taken the time to visit what is romantically called “The Holy Land” have contributed to a terrible injustice.

They dream of walking where Jesus walked, but all the while, the clock ticks and the coach waits, whilst they, rather ironically, run where Jesus walked.  The Sea of Galilee, Nazareth, Bethlehem, Jerusalem.  They go, they rush, they take plenty of pictures, they scurry back onto the bus, and head off to the next place of biblical significance!

When will the madness end?

How about enjoying the dead stones of the geographical land of Israel/Palestine in the context of meeting with the Living Stones of our brothers and sisters who dwell there?  It is our duty and responsibility to meet our Christian family, rather than indulge in narcissistic spiritual fancies that soothe our imaginations but dull our hearts towards a reality that afflicts many thousands of people.

For sure, most of us in the West are ignorant, more than we dare admit about much of the world, not least this part of the Middle East.  The problem is compounded by one narrative being set over and against another narrative, and depending on which teacher you hear, will determine which narrative you are familiar with.  Prejudice, stereotyping and myth are standard fare in this tragedy that is unfolding before our eyes.

The holocaust of one people should never lead to the holocaust of another!  Misunderstanding the political-historical context, not to mention the theological one, with biblical texts being plucked out of their context to prove this or that!  Media outlets add to this confusion and we only tune into the ones that affirm our bias.  Israel is no more innocent than all Palestinians are all terrorists!  What an evil thing to cast a whole people as this or that!  The whole thing, all this blame and stereotyping smells like Satan’s breath.

If you are somehow convinced of Christian Zionism, and that by implication, the unfolding of the last six decades since Israeli independence in 1948 is fulfillment of prophecy, then you have to consider:  Does this include closures and seizures of Palestinian towns and villages, the restriction of Palestinian movement, home demolition, withholding of medical care, assassination of political leaders, confiscation of land, expansion of illegal settlements, detention without trial of thousands – including children, and a systematic crippling of the Palestinian economy, and as if that wasn’t enough, a ten meter high wall hundreds of miles long?

The Dean of Bethlehem Bible College and pastor of the International East Jerusalem Baptist Church in Jerusalem, Alex Awad, a Palestinian, doesn’t think so!  And neither should we, as people who claim to follow Jesus.

Visitors to the Land remembered as Holy, but increasingly known as Hollow, must come to realise that Jesus is the true peace-giver.  Only in Him will reconciliation and healing be found between Israelis and Palestinians.  Christians in the West for too long have contributed to the propagation of this horrific injustice, and now we must wake up and get ready for action, the action of peace and reconciliation (2 Cor 5:18-20).

When I met Alex earlier in 2013, he wrote in his book Palestinian Memories, “Love God, seek justice and pray for peace.”  I can do that!

The picture of an old woman holding a key captures the pain of a people displaced from their homes.  The key symbolises the hope of return to a people who were forced out of their homes in 1948.  An event known to Palestinians as the Nakba, the Catastrophe – and that is exactly what it was.